What is Column Chromatography? – Definition and Use Guide

PrevWhat’s the Difference Between HPLC Vials and Headspace Vials? — Definition, Difference, and Use Guide
What is HPLC Test in PregnancyNext

Column chromatography is a method of separating and purifying solids and liquids. This is one of the most effective procedures in biotechnology today. Because of its thousands of uses, it is an essential part of laboratories all around the world.

In this article, we will walk you through its definition, its uses, and methods of application. We adore column chromatography because it offers us a wide range of applications in our lab and we’re sure you’ll soon understand its importance too. Let’s dig in!

The Definition of Column Chromatography

Even if you heard the definition above, there are many things to find out.

Chromatography is a robust biophysical method. Scientists use it for qualitative and quantitative analysis that allows for several things. Mainly, it is for the separation, identification, and purification of the components of a mixture.

So, as already said, chromatography is a separation process. It involves moving a mobile phase containing a mixture into contact with an absorbent stationary phase.

There are several chromatography types, and we use all of them in our labs! Each type differs in the mobile and stationary phases utilized.

What are the Forms of Column Chromatography?

Researchers and scientists today use two forms of column chromatography. We will explain and talk about each one.

The first one is liquid chromatography. For easier reading, we will use the abbreviation LC.

LC is also a separation technique. In this technique, liquid dissolves the sample ions or molecules. That is a mobile phase. You can do it in a column, for example.

Now, let’s talk about the other one – gas chromatography.

The phrase “gas chromatography” refers to analytical separation methods. Those methods analyze volatile compounds in the gas phase. And it is referred to as GC.

The components of a sample are dissolved in a solvent. Then, they are vaporized in gas chromatography to separate the analytes. It will do that by dividing the sample into stationary and mobile phases.

You can classify column chromatography into the following classes based on the stationary phase used:

Here is a quick video to understand the adsorption chromatography better!

This form of chromatography uses ion exchange resins as the stationary phase.

Of course, here is a quick video for better understanding.

The stationary phase is associated with a ligand that binds to specific molecules (like enzymes or proteins) in this situation.

Just like the previous types of chromatography, this one deserves a quick video explanation as well!

The stationary phase is a porous gel or beads in gel permeation chromatography. They are the best for this kind of experiment.

What Instruments Can you Use When Dealing With Column Chromatography?

There are several pieces of equipment you will need for the method to work. Of course, we also use all of them!

The following are the components of a typical column chromatographic system with a gas or liquid mobile phase:

We want to explain some of the components a bit, so sit tight with us if you want to find out more!

First, let’s talk a bit about the column.

Liquid chromatography ones are typically 25-50cm long with a 4mm internal diameter. Stainless steel is the material of the column.

In gas chromatography, they are usually 1-3m long with a 2-4mm internal diameter. Glass or stainless steel are the materials of the column.

The next one we would like to explain more about is a detector and chart recorder.

Some of the things you’d want to know about it are:

1. As the eluate exits from the column, a continuous record of the presence of the analytes is securely kept.

2. You can detect something with a measurement of physical property. Such as visible or ultraviolet absorption or fluorescence.

3. Each distinct analyte is represented as a peak on the chart recorder.

Now that you know a thing or two about the instruments let’s talk about how to do a column chromatography method! Don’t worry; we will also include some video samples.

The following are the steps involved in column chromatography:

The term “column packing” refers to adding a stationary phase into a column.

Because the column is open on both sides, you should seal it at the bottom with the appropriate number of cotton plugs. There are two methods for packing columns.

Packing with a Dry Technique

You fill the stationary phase (for example, powdered silica) first. After that, you follow the solvent solution that serves as the mobile phase.

Packing with a Wet Technique

The stationary phase and solvent are mixed in this technique. That results in the production of a slurry, which is subsequently packed onto a column.

Avoid air bubbles at all costs!

If the stationary phase is polar, the mobile phase should be less polar or non-polar, or the other way around.

The purified sample runs in conjunction with the mobile phase on a column. Because polar molecules have a stronger attraction for the polar stationary phase, more polar compounds in the sample move faster.

In column chromatography, you can do elution may in two ways:

The entire procedure can be successful with the same concentration of a single solvent in this method.

Elution of a Gradient

You can use various solvent concentrations or different solvents in this experiment (if the sample is complex).

Now that you learned the steps, you can look at the video in which a scientist shows an experiment he did. Super interesting!

The Applications of the Column Chromatography

While all the chromatographies are very cool, we love column chromatography! There are many applications for it, and we will list some of them.

One of the most beneficial procedures for separating and purifying both solids and liquids is column chromatography. Its main applications are as follows:

1. Separation of a chemical combination.

2. Impurities are removed or purified during the purification process.

3. Isolation and purification of active ingredients.

4. Metabolites are isolated from biological fluids.

The Advantages and the Disadvantages of the Column Chromatography

Some of the advantages are:

1. Column chromatography can separate any combination.

2. Separating any amount of the mixture is also possible.

3. A greater variety of mobile phases is available.

4. The sample can be separated and reused in the preparative kind.

5. It is feasible to automate.

On the other hand, we have some disadvantages:

1. It is a method that takes a long time.

2. You will need more solvents, which might be costly.

3. Automation complicates and increases the expense of the procedure.

To sum it all up – isn’t column chromatography interesting? Well, it is to us, and we would love to think that you’ve found the answer to your question.

Here are some of the most asked questions about column chromatography if you want to test your knowledge.

Column chromatography is one of the most used techniques of protein purification.

Chromatography is based on the application of molecules from a mixture to a surface or a solid. With the aid of a mobile phase, the stationary fluid phase (stable phase) separates from one another while moving.

Silica gel and alumina are the two most frequent stationary phases for column chromatography. Organic solvents are the most common mobile phases.

What is the role of column chromatography in the pharmaceutical industry?

Column chromatography can isolate many types of medications and components. For example, it can isolate glycosides, plant extracts, alkaloids, amino acids, formulations, and pharmaceuticals.

Purification is the process of removing contaminants. The suitable mobile phase and stationary phase can be used to remove impurities in a chemical. 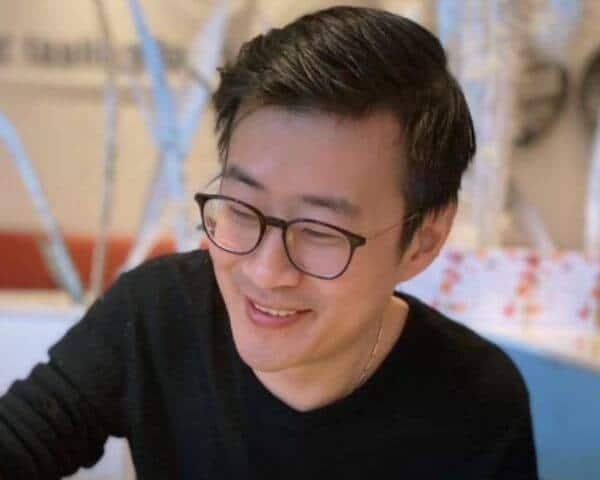 Kalvin Chen
I am the co-founder of Mastelf Technologies, and have been running this company since 2011. The pain point for clients who import from China is either paying too much for quality, or being trapped by low prices, which takes a lot of time. We aim to offer you exceptional chromatography vials at affordable prices, not mediocre ones. Unsatisfied? 30 day return policy, NO time consuming.
PreviousWhat’s the Difference Between HPLC Vials and Headspace Vials? — Definition, Difference, and Use Guide
NexWhat is HPLC Test in Pregnancy

Ask For A Quick Quote

We will contact you within 1 working day, please pay attention to the email with the suffix “@mastelf.com”.